What did the announcer say? Communication Skills Master-Class on a Blackpool Tram 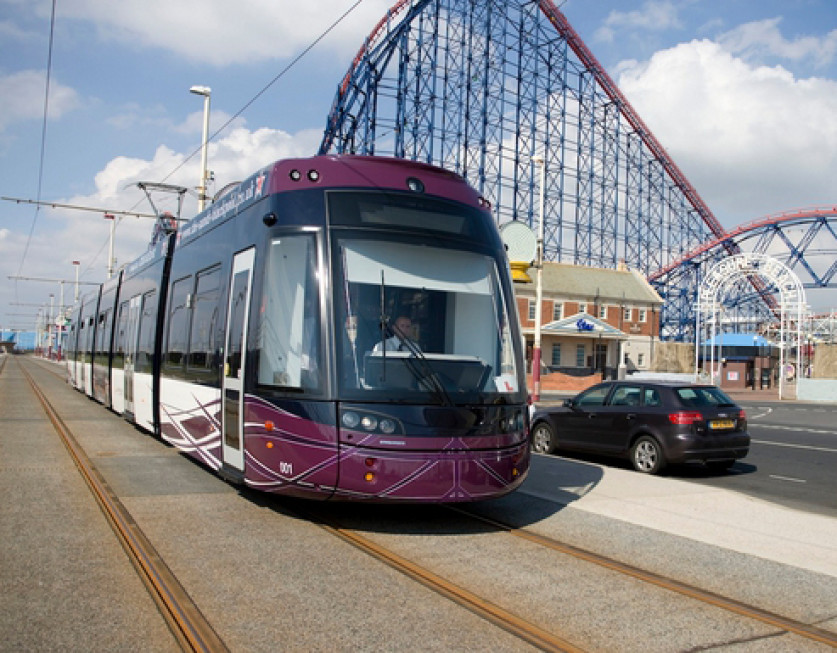 Last weekend I was lucky enough to visit one of my most favourite places on the planet, Blackpool.
For those of you who know me, you’ve probably already been bored to death with facts and figures about various aspects of the mighty town. I’ve done many speeches on the topic of Blackpool, I’m a lifelong Blackpool FC supporter and I am a walking Blackpool encyclopaedia!
But this visit to my favourite place had a hidden surprise. A master-class in communication skills!

As we embarked on the tram at Fleetwood Ferry, one of the new Flexity2 Bombardier fleet, I was primed to wax lyrical about the history of the Blackpool tramway (yes I really am that sad). However, it was not the low floor modern tram interior that caught my attention, not even the silky smooth ride. The thing that I noticed most of all, was the automated stop announcer!

As well as being a Blackpoolaholic, I’m also 70% deaf. That means that I always struggle with tannoy announcements, wherever they are delivered. You know the style, for this demonstration I need you to hold your nose, stuff your mouth with cotton wool and say “the next station is Newcastle upon Tyne”. The result sounds more like “the eggs and bacon is now cattle time”. If I had to rely on tannoy announcers, I would certainly miss trains, planes and any other types of transport.

Imagine my surprise when a crystal clear voice announced that “this tram terminates at Starr Gate, next stop Victoria Street”. I heard that. I heard it perfectly! OK, so I admit that this is a new tram and it uses the latest technology to achieve sound clarity, but it was the voice quality which shone out to me.

When I’m coaching people on public speaking and presentation skills, one question I’m often asked is “should I lose my accent?” The answer is a resounding NO. Your accent is an integral part of you. It represents your upbringing, your heritage. Why would you ever want to lose that? The confusion is often between accent and localisation of the English language. In Newcastle Geordie speak, “dee yez knaa what weh tarkin aboot?” It’s misuse of the English language which distorts your message. Speaking good English, in whatever accent, will make your message clear to the audience. The tram announcer delivered wonderful English in a blissful Northern accent.

However the use of English was just a part of the overall package. Great vocal variety resulted in a wonderful rhythmic delivery which added emotion and enthusiasm to the voice. No monotone drone here. There were twenty five stops before we arrived at the tower, but even having heard Starr Gate this many times, I was still singing along with each announcement, excited to hear where we would be stopping next. Add to that some excellent pronunciation of the individual words, no rushed delivery, great use of the pause and the end result was a masterpiece in announcement. Can you tell I was impressed?

I’ve seen lots of articles written about the development of the Blackpool tramway, but full marks to the station announcer for a master-class in crystal clear delivery. Just to add to my Blackpool encyclopaedia, can anyone please tell me who the announcer is?